One brand new feature of iOS 8 is QuickType, right above the keyboard.  As you start to type, it predicts full words and you can tap one of them, saving typing time.  However, this is causing screen display issues in landscape orientation.  The keyboard causes the existing text screen to shift too far up.  This is affecting the following apps and will be fixed as soon as possible:
Only portrait orientation screen shots are shown here: 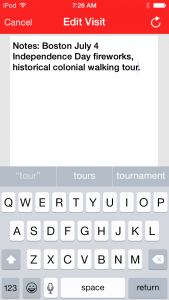 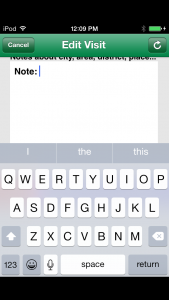 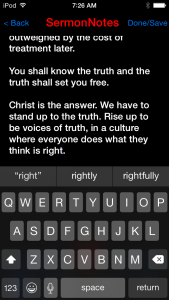 UPDATED: The landscape screen rotation issue appears to only occur in beta versions for iPhone 6 and 6 Plus; it does not affect current or new users.  For iPhone 6 and 6 Plus users, the apps will run in enlarged screen compatibility mode until a new native iOS 8 version is released.